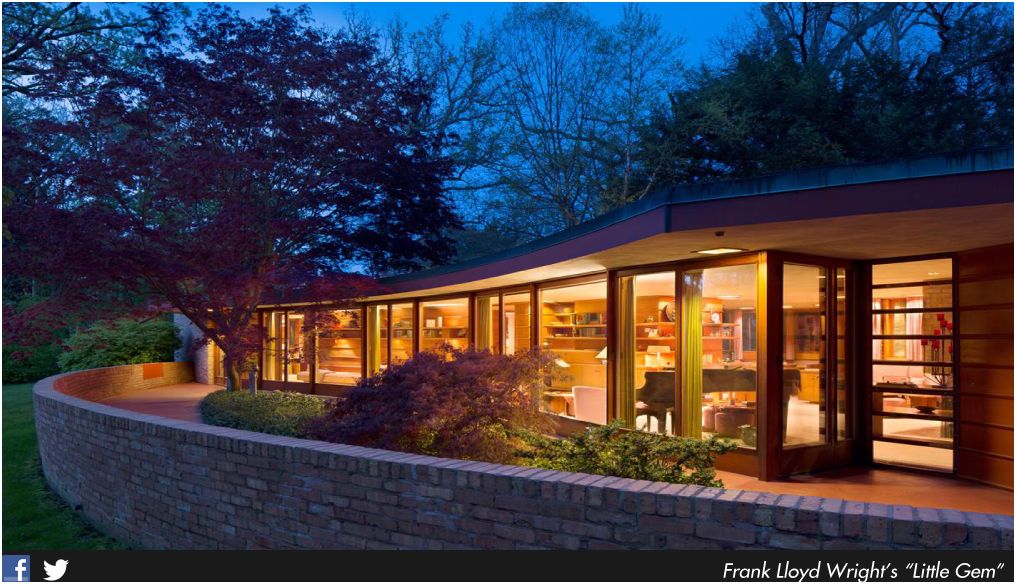 As your Columbus, Ohio home improvement company, we have addressed Universal Design in the past. As a refresher here is the idea behind it:

Universal Design, a design philosophy that embeds choice in all facets of design so that homes work for people across a wide spectrum of ages and abilities, and a remodel can make all the difference in how homeowners will be able to use their homes both now and as they grow older.

We stumbled upon this article discussing how Frank Lloyd Wright (master architect) handled an Illinois home restoration built for a man in a wheelchair. The home, known as his “little gem” is the only building that Wright designed for a person with a physical disability, and one that he considered one of the greatest designs of his career!

Wright designed the house for Kenneth and Phyllis Laurent, who lived in it from 1952 until it was acquired by a private foundation in 2012. Ken, a World War II veteran, was paralyzed due to complications from spinal surgery and was confined to a wheelchair.

This single-story Usonian home is both functional and beautiful, decades ahead of ADA accessibility requirements. The home features a solar hemicycle footprint, patio, fishpond, carport, and outdoor connectivity to the natural landscape. The modest home is built of Chicago Common Brick and Red Tidewater Cypress and much of the labor and materials were sourced locally from Rockford.

As they anticipated Kenneth’s discharge from the hospital, the Laurents began exploring housing options that would accommodate his new and different needs. In 1948, Phyllis discovered an article in House Beautiful magazine titled “Love Affair of a Man with His House.” The article was written by Loren Pope and described his home designed by famed architect Frank Lloyd Wright. The Laurents soon realized that Wright’s thoughtful designs and open floor plans were exactly what they were looking for in their new home.

In August of 1948, Kenneth wrote the world famous architect requesting that Wright design a house for himself and Phyllis. Along with a proposed budget and a description of the lot he wished the house built on, Kenneth also included the following explanation of his needs:

“To give you an idea of my situation, I must first tell you that I am a paraplegic. In other words, due to a spinal cord injury, I am paralyzed from the waist down and by virtue of my condition; I am confined to a wheelchair. This explains my need for a home as practical and sensible as your style of architecture denotes.”

As we all know it is important to feel “free” in your home, and to have access to anything and everything. After the house was completed, Kenneth was able to realize his full potential as a human being by giving him unrestricted access to everyday living. Wright was able to give him the level playing field we all take for granted.

We may take for granted our ability to move freely about our homes , but the importance of universal design is undeniable as we grow older and have different needs.

If you are thinking of remodeling your home to make it more universal, contact us to get started! We currently build in Westerville, Worthington, Whitehall, Upper Arlington, Powell, Pickerington, New Albany, Lancaster, Hilliard, Gahanna, Dublin, Bexley, Columbus and all of Central Ohio.

“You and your team are performing at a high level! Great work!
I recommend you whenever I can.“  — Jeff H.

Stay connected with us